UFO sightings are reported in nearly every country in the world. However, there has never been any substantial evidence that aliens exist or are visiting earth.
On the other hand, someone is entirely confident that aliens have been visiting humanity. He is a Canadian researcher and nuclear physicist.
Stanton Friedman believes that aliens have been here on Earth many times, but they simply don’t have plans yet to reveal their existence.
The Canadian scientist stressed that they have sufficient proof to prove beyond doubt that aliens have visited the Earth, but the information was kept secret from the public to prevent chaos. Friedman explained that there would be mass panic and great concern if the information is made available in public.
However, Stanton pointed out that it is easy for aliens to make themselves seen and they will bound to do it.
The 82-year-old scientist has been leading the UFO movement and claiming he has worked several secret investigations.
His theory states that aliens choose to remain in shadows until they are ready to colonize earthlings and prevent humans to populate other planets. Friedman explains that this is because humans have proven to be evil.
Another reason that Friedman noted is on political grounds. He says that the Earth is a race among U.S., Russia, and China. Anyone of them can copy the technology of aliens and will automatically become the most powerful. 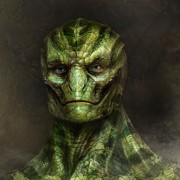 "I interviewed aliens, that's why I'm here," says a researcher